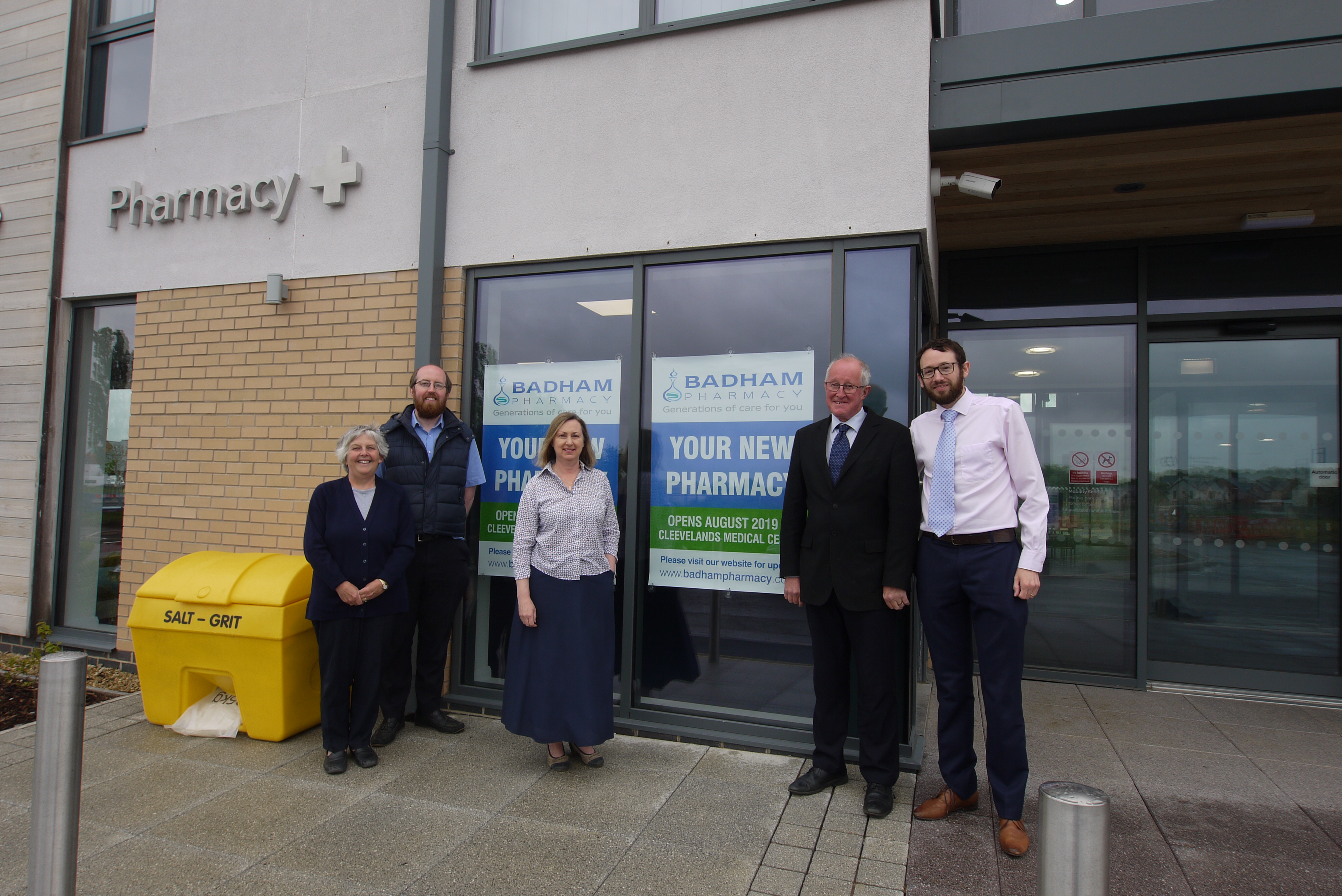 Badham Pharmacy are pleased to announce that after a seven year long fight with NHS England they have been awarded a third pharmacy contract in Bishops Cleeve. The new pharmacy will be located within Cleevelands Medical Centre and will open in August 2019. Cleevelands Medical Centre is a purpose built healthcare centre, and an amalgamation of Greyholme and Sevenposts Surgeries who moved there in January of this year.

“My father opened our branch at 23 Church Road, Bishops Cleeve exactly 65 years ago to provide pharmacy services to local residents. Since that time Bishops Cleeve has grown from a village into a town, with over 18,000 people estimated to be living in Bishops Cleeve and the surrounding villages by next year. The Cleevelands housing development, to the North of Bishops Cleeve, is where the new surgery is located but also has poor public transport. We are delighted to have now been granted permission to offer a range of pharmacy and NHS services from this location to all patients and residents”.

“They had always planned to have a pharmacy on site”.

“The size and speed of the population increase had put a strain on the infrastructure. Many residents in the town were very elderly… and there are many parking restrictions in place. The general consensus amongst councillors was that it was madness that there was no pharmacy at the medical centre.”

Despite adverse trading conditions for pharmacy currently, Badham Pharmacy strives to provide exceptional service and healthcare provision to residents across Gloucestershire and Bristol. This is demonstrated by the pharmacy at 23 Church Road Bishops Cleeve providing 65 years of continuous service. The pharmacy has been open every day of the year since 1954 – including every Christmas Day, Boxing Day and New Years Day.

More information will be made available to the public in the coming weeks. Local residents are advised to keep an eye on the company website for further information.